Woke up to a drenched Tokyo. At first I thought it was just the aircon I could hear, but no, the rain was so heavy I could hear it over the sound of the AC. 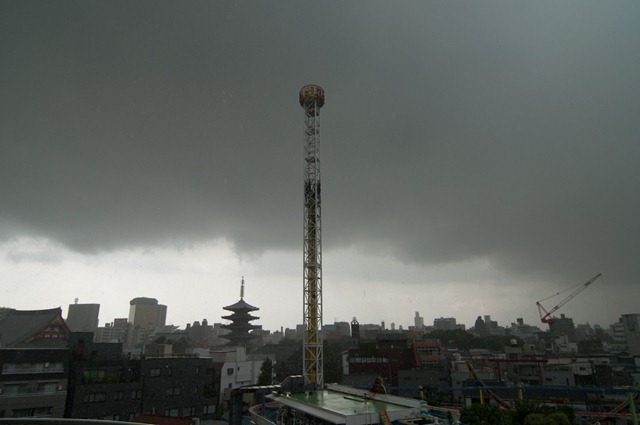 I spent some time trying to optimise the packing arrangement, checked out and headed for the train station. First stop, Mr Donut for a nutritious breakfast. Then onto the subway and off to Ueno. At Ueno I wandered around for some time till I found a locker to store the bags in. Liberated I headed for the platforms. 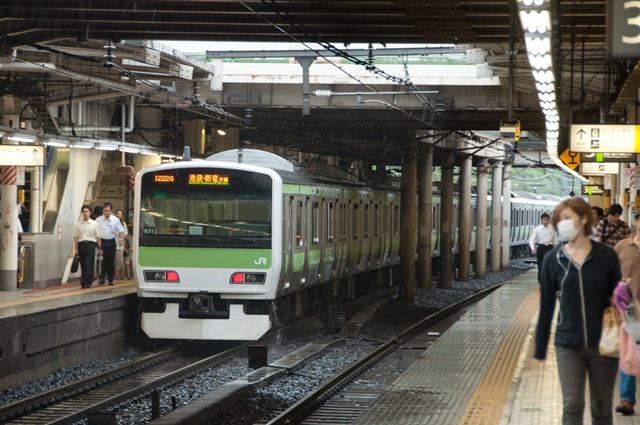 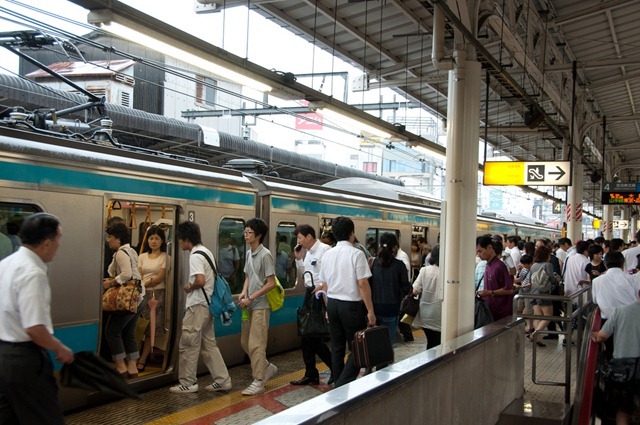 Spent a while taking photos here; with a train every couple of minutes it's not hard! 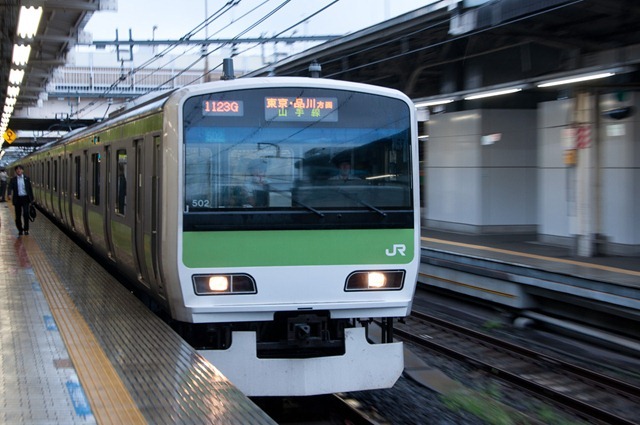 Notice how clean they are. After a while I hopped on a Yamanote Line train and stood right up the front where I could see the driver. Looked like a fairly advanced set up. 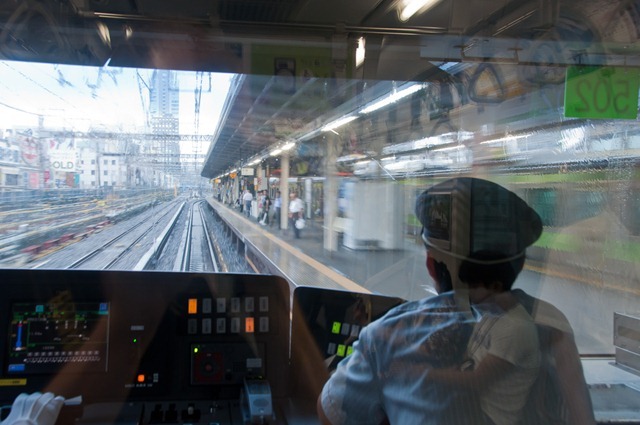 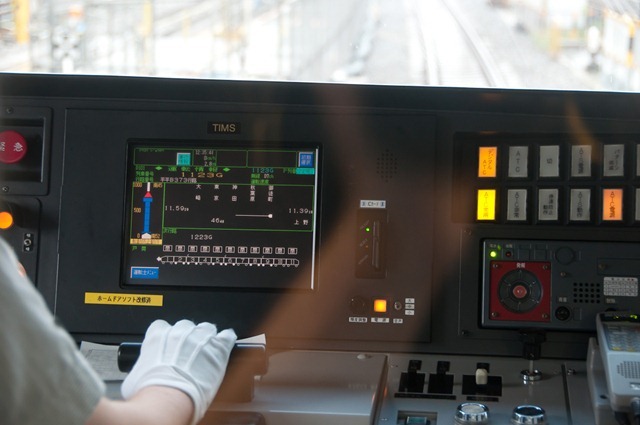 Not visible is the little cubby hole where the driver places his own pocket watch at the start of each shift. That is how seriously they take their time keeping!

Hopped off at Akihabara to do some shopping.

I wandered round trying to find a 100 Yen shop for some souvenirs but had no luck, just got very wet. 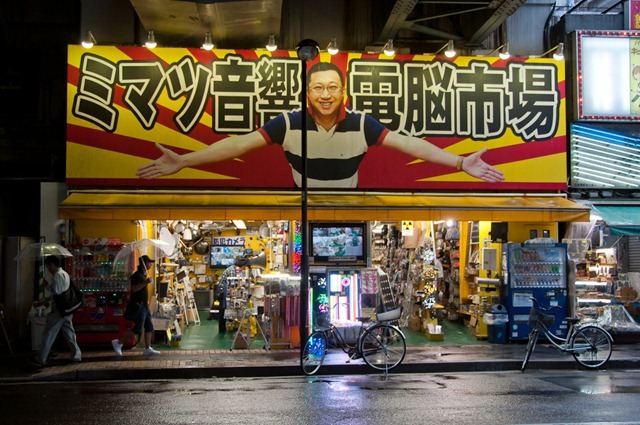 Eventually running from shop to shop and trying not to get wet grew tiring so I found a shop selling umbrellas (every second shop it seemed) and bought one for 100 Yen ($1.50). I now looked like a local wih my nice transparent umbrella. 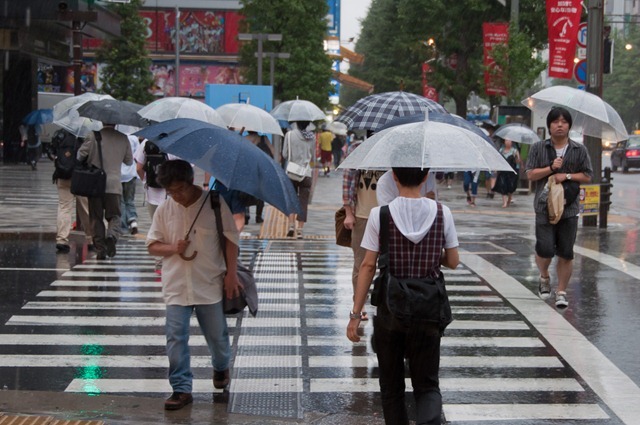 The shop I bought it from sold lots of laptops and gadgets. Many of the laptops had circular trackpads for some reason? I didn't really understand the pricing, they appeared to have some rather decent laptops for $100, but there were 3 different prices on the tag so I had no idea really.

I continued on and found my train shop. Now that I'd done some research I knew what item numbers I wanted, and what a reasonable price was. I found a 6 car Narita Express box set for a third less than I could get it online, so naturally I had to buy that! On to the next shop, where it was packed but had reasonable success buying a bunch of carriages for my "blue train". Also bought a couple of nice electric locos to haul it.

Was starting to run out of time so dashed back to Ueno, then promptly got lost and couldn't find the right lockers! The third set of lockers I found were the right ones, so loaded up and headed for Tokyo station, then down to the sub sub sub basement level to catch the NEX. Watched it arrive and couple up to the other half that had come from a different station. Couple of minutes later and we were off.

I did a wee bit of filming from the vestibule as we passed a constant parade of trains. Probably saw about 30 trains in the hour trip to the airport!

Hopped off, went through screening and passport control to leave the station which I thought was odd, checked in, found I was allowed to take my umbrella with me onto the plane and went and bought some hideously expensive Hello Kitty souviners from airport gift shops. An hour later and I was on the plane heading home! There was a moment of shock over the seat spacing, having grown accustomed to the meter+ of space between rows you get on Japanese trains to the couple of inches you get on economy class flights. 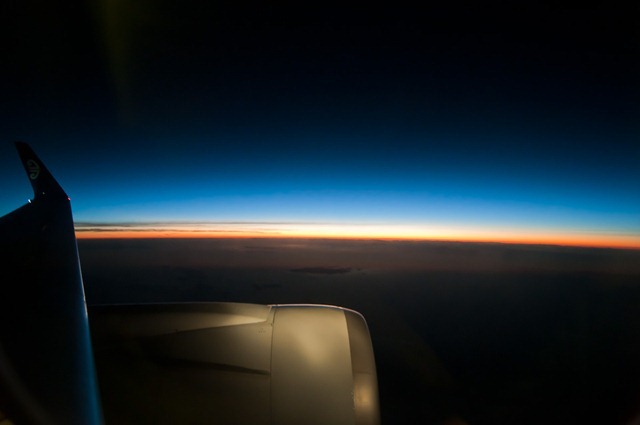 Nice flight, had a row to myself and saw the sunrise. Managed to actually lie down and make a little nest on my 3 seats and get some decent sleep. 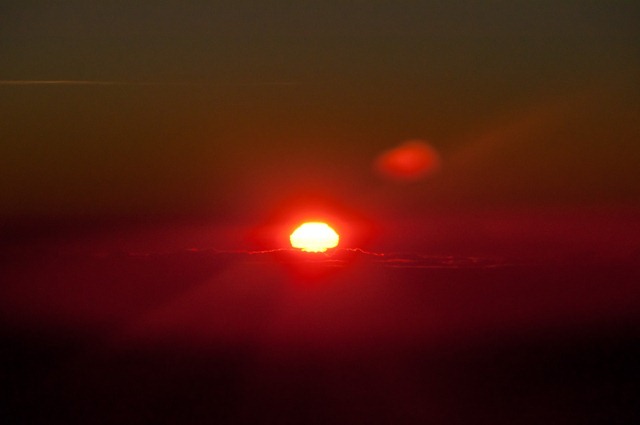 Arrived in Auckland still a bit zombie-ish and got onto my flight to Chch, then before long I was back home.

Was a great trip and a fantastic experience. Was very empowering to know I can survive in a completely foreign environment that doesn't speak my language, although a few more words of Japanese would've been helpful at times. The Japanese trains were amazing and the rail pass was definitely worth the hoops I had to jump through. And… I climbed Mt Fuji! Not many people can say that! There were a couple of friends I didn't manage to see, but there is always next time…